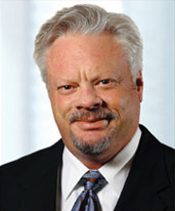 Steve’s recent cases have involved patent infringement, trademark infringement, business fraud, breach of contract, interference with contract, and professional malpractice. Currently, Steve represents a local company in an action for breach of fiduciary duty arising out of the defendant’s conflicts of interest in patent prosecution, and also represents the same company in a patent infringement suit against a competitor. Steve represents another company in multiple patent infringement cases pending in the Eastern District of Texas. Steve recently secured new multi-million dollar license agreements for a local software company arising out of a major title insurer’s asset sale in bankruptcy court. In that case, Steve successfully settled his client’s adversary claims against the bankrupt entity in exchange for assets valued at approximately $9 million. Steve negotiated a permanent injunction after successfully representing a client in a trademark infringement case against a competitor resulting in the competitor’s name change. Steve also served as co-lead counsel in a shareholder oppression and breach of fiduciary duty trial that resulted in a multi-million dollar judgment on behalf of minority shareholder in closely-held corporation against majority shareholder block. Recently, Steve also successfully briefed and argued a case of first impression before the Texas Supreme Court on the application of certain provisions of the Texas Tort Claims Act.

Steve is an associate member of the American Board of Trial Advocates.

Admitted to practice: in all Federal Courts in Texas, before the Fifth, Sixth and 10th Circuit Court of Appeals, and in the United States Supreme Court.