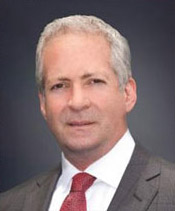 Jeff Prostok is a founding partner of Forshey Prostok.  During his career, he has successfully reorganized over fifty businesses through the bankruptcy process and saved many more through out-of-court workouts.  Mr. Prostok is Board Certified in Business Bankruptcy Law by the Texas Board of Legal Specialization and concentrates his practice in the areas of business reorganizations, debtor and creditor rights, bankruptcy litigation, and refinancing and acquisitions of troubled companies.  Mr. Prostok has served as counsel for companies and individuals involved in a variety of industries, such as oil and gas, healthcare, manufacturing, and retail.  His experience includes: